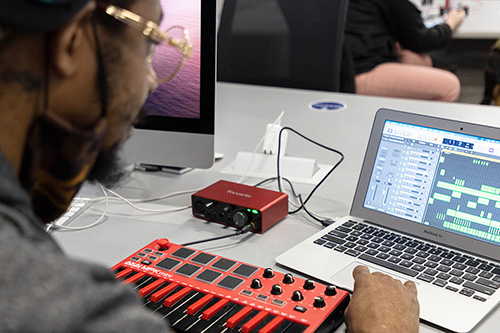 The Music Production certificate is designed for a person seeking skills in software music creation, music recording, music producing and distribution. The ever-increasing production of both audio and video content is requiring the need for legal production music. Composers and songwriters are recording record amounts of music to sell or license to outlets from local radio and TV stations to major Hollywood productions as well as in video game production. Freelance music production does not need to be centered near large media outlets as the web has created a worldwide distribution network allowing composers to work from virtually anywhere. The ability to record music in even a small home studio has become increasingly economical and can compete on a sound quality level with major recording studios for minimal investment.

Estimates based on in-state residency. Learn more about tuition and fees.

How do I get started in this program?

What are my courses?

Classes wherever you have an internet connection.