Welcome from the President

Home » About NWTC » Leadership and Administration » Welcome from the President

I am excited to welcome you to the academic year at Northeast Wisconsin Technical College. Choosing to pursue a college education and prepare for a rewarding career is one of the most important decisions you will make in your life. By choosing NWTC, you have chosen a college that has one goal, and that is to assist you in every way possible to ensure that you will successfully complete your degree or certificate.

As you begin your classes, you will see our College logo and tagline all around our campuses and website.

Another exciting change underway is the transformation from fifteen-week semesters to eight-week sessions - allowing you to focus on fewer classes at one time. By summer of 2020, 70% of our students will be taking courses in the eight-week format; and by summer of 2021, almost all will be. Learn more about  8-Week Advantage.

Based on the experience of students who have taken courses in eight-week sessions, I am confident that being able to focus on fewer topics at a time will increase your success and create a more enjoyable experience. Creating eight-week sessions will increase the College's ability to create more flexible schedules that can be tailored to meet your individual needs. When life's emergencies inevitably occur, and you may need to stop out briefly, or need to take a course again, it will be easier to do so without having to wait long periods of time until the course comes around again.

Meanwhile, this year, everyone at the College is ready to provide the best learning experience and the highest level of support needed, in and out of the classroom, to every one of you. Together, we know that you will succeed in achieving your goal.

Take care and have a great semester. Thank you for choosing NWTC. We believe in you and are dedicated to helping you soar higher - to reach your goals and live your best life. 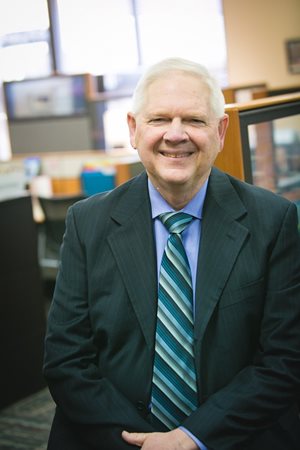 Dr. Rafn serves on the executive boards of Community Colleges International Development and the Workforce Development Commission of the American Association of Community Colleges (AACC), and several local and regional organizations. He is a champion of industry and K-12 partnerships, and has been instrumental in the development of the NEW Manufacturing Alliance, which has over 200 members.

Under his leadership, NWTC has been recognized as an Achieve the Dream Leader College for student success initiatives, and has been a finalist for several American Association of Community Colleges (AACC) Excellence Awards. He received the 2015 Pacesetter of the Year award from the National Council for Marketing and Public Relations, and 2016 Giving Back Award for Presidents and Chancellors from INSIGHT Into Diversity magazine.

Dr. Rafn has created a culture that is data-driven and evidence-based, both in academics and in operations. NWTC was selected by the Bill and Melinda Gates Foundation and partners for the Frontier Set, a small group of high-performing colleges that are leaders in transformational change for student success. NWTC also received a Gates Foundation iPass Grant, which promotes student success through advising, degree planning, alerts and interventions. Achieving the Dream awarded NWTC the OneMain Financial Award for coaching students for success, and the Government Finance Association (GFOA) awarded NWTC a national Certificate of Achievement for Excellence in Financial Reporting.

Dr. Rafn came to NWTC in 1997 from New Hampshire, where he had been state Commissioner of the New Hampshire Community Technical College System. He had also served for 18 years as an administrator and educator in Massachusetts and New Hampshire. He earned his PhD from Boston University.